Yellowstone Park, the first of the National Parks, was created at the suggestion of Freemason Cornelius Hedges, later Grand Secretary of Montana, as a national park "for the benefit and enjoyment of all the people." Yellowstone National Park is located mostly in the state of Wyoming, though it also extends into Montana and Idaho. Approximately 96% of the land area is located within the state of Wyoming. Another 3% is within Montana, with the remaining 1% in Idaho.
Established in 1872 it spans an area of 3,472 square miles and is home to a large variety of wildlife including grizzly bears, wolves, bison, and elk. Preserved within Yellowstone National Park are Old Faithful and a collection of the world's most extraordinary geysers and hot springs, and the Grand Canyon of the Yellowstone.
CORNELIUS HEDGES was born in Westfield, Mass., October 28, 1831 and died in Helena, Mont., April 29, 1907. A member of the 1870 party led by Henry D. Washburn, (surveyor-general of the Montana territory) the explorers credited with "discovering" Yellowstone, Hedges was the main proponent of the idea of reserving the Yellowstone region in the public interest. He entered the Harvard Law School and graduated in 1855, and that same year he was admitted to the practice of law in the courts of Massachusetts.
Hedges was active in Montana Masonic affairs and was the first Master of Helena Lodge No. 3 in 1865 and 1866. Also an elder in the Presbyterian Church, he established a public library, and was an editorial writer for the Helena Herald. He was coming along, but life was not yet easy. His diary indicates that the Yellowstone trip cost him $280, and that he was uneasy about the expense.
It has been stated that the national park idea was a direct outgrowth of a suggestion made by Cornelius Hedges beside a campfire at Madison Junction on the evening of September 19, 1870. There is no reason to doubt that he advanced a proposal for the reservation of the area so that it would be held for the public good rather than for private aggrandizement. In that, however, he was only restating a proposal he had heard Acting Territorial Governor Thomas Francis Meagher make in October 1865.
Undoubtedly, Hedges' comrades recognized his proposal as a restatement of an idea that had surfaced twice before. Thus, Hedges' contribution lay not in a novel suggestion, but in that series of fine articles, so descriptive of the Yellowstone region, which he contributed to the Helena Herald on his return. He was a reporter, and it speaks well for his basic honesty that he never personally claimed to have originated the idea - only that "I first suggested the uniting of all our efforts to get it made a National Park, little dreaming that such a thing were possible."
Following his return from the Yellowstone trip, Hedges continued in the quiet, constructive way of life so typical of him. President Grant commissioned him U.S. Attorney for Montana Territory on March 3, 1871, and he became active in the Montana Historical Society in 1873. He was Superintendent of Public Instruction for Montana from January 27, 1872, to January 15, 1878, and again from February 22, 1883, to March 17, 1885, most of that time having judicial duties also. Hedges was probate judge of the court at Helena from 1875 to 1880, and from 1880 to 1887 he was the Supreme Court reporter. In 1884, Hedges was a member of the Constitutional Convention for statehood, and in 1889 he became the first Montanan elected to the State Senate from Lewis and Clark County.
His late years were spent almost entirely in the service of the Masonic Order, in which he held high and influential offices. There is a Cornelius Hedges Royal Arch Chapter #32 in Montana.

sent via email by and posted for Comp. Allan Miller.
Posted by RmOlano at 8:49 PM 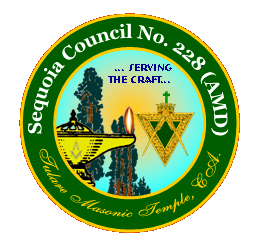